Hey, everyone! It’s been a while since the last blog. The Christmas period and the month after tend to be way too busy for me so my time has been taken up elsewhere. I hope you all had a most excellent festive season and that ’12 has been good to you so far.

In this blog I want to talk about building a character. We’ll talk about the importance of giving your character a history and how it can impact on your story. It’s something I don’t see enough of in a lot of big films and it annoys me to see one dimensional characters that I really don’t believe in. 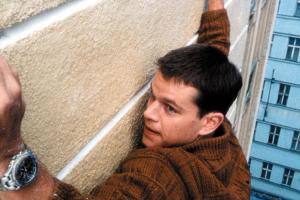 Each and every one of your characters should have a fully fledged backstory that is logical and explainable. They need to make sense as a human being (or whatever). The main reasons for this are simple. In real life, your life leading up to now has made you who you are. Whether it’s the places you’ve been, the people you met or what you were taught at school, all of these things inform how you behave, communicate and live you life.

If you’re a writer, it makes life a lot easier for you if you know the characters you are dealing with. It means you can create situations in the script and know how your character is going to react. It should also show you how the character gets to that situation in the first place.

For instance, let’s go with a Zombie film (any excuse). If there was a zombie attack on a school and a class was trapped in room 4B, waiting for rescue (if it comes) how would your teacher and your group of 8yr olds react?

Let’s look at the teacher. In one scenario your teacher is a 40yr old Gulf War vet who won medals for courage in the line of fire. He’s a family man with three kids and a wife and teaches at this primary school while specialising in History. We can add more information such as his tendency to stay calm under pressure, his easy way with the kids who have a deep respect for him. Perhaps he’s a smoker though and 15yrs out if the corps has meant he’s not as fit as he used to be. His hearing was damaged in the war due to a grenade detonation nearby. Maybe that was why he left the forces. Or maybe he just couldn’t take seeing his friends die beside him…

Now, using that information, it’s pretty clear to see where his story might go. But is it as clear cut? Look closer at what you’ve written. At first he seems like someone who could take care of himself and others. A leader. Willing to put his life on the line for anyone he cares about. You could go down the route of this guy clearing a path to safety through the undead horde which may cause him to be a bit out of breathe but he’ll do it eventually. A hero.

Or, you might look closer. His love for his family comes first- especially after the war broke him. He might ditch the kids altogether but honestly, he’s probably more honourable than that. Maybe he’s so unfit that the group don’t get very far and they all perish- a few of the remaining kids being the only ones to tell the tale. Perhaps the Zombie apocalypse pushes him over the edge and he turns in to a wild man- taking on the zombies but not thinking properly thus letting slip any tactical advantage they might have…

The end result might be influenced by how you want your story to end. Or, it might change the ending you already have if you find a more interesting route to take. It doesn’t matter of course as long as the end product is good but it does let you explore different options and actually develop a script rather than simply write it. Over the various drafts, you will most likely see major changes to the way in which your characters behave. It’s worth noting that the importance should not be to actively change what happens with a character but simply to know why it happens.

I used a picture of Jason Bourne from the brilliant thriller The Bourne Identity   in this post because in my opinion Bourne is one of the more interesting characters in a mainstream franchise of the last decade. Bourne allowed for a character who has all the traits of an expert, almost super human assassin but is believable as a real guy. The effects of amnesia help this along as he struggles to find out who he is. He is put in real life locations, situations and his backstory is gradually revealed with very little exposition. The action is dictated by his particular set of skills and is used as a story telling device throughout the series. Every moment has a point and everything we find out helps deepen our relationship with the character.

Instead of a typical remorseless action hero blowing the crap out of his environment and everyone in it, emotion is injected. He goes where he needs to go rather than the writer putting him in a certain place because it would be ‘cool’ or ‘quirky’.

All of this doesn’t have to relate to zombie films and action movies. These guidelines (because nothing in writing is necessarily a rule) apply to any script or story you’re trying to write.

So, take a look at your script. Make a list of all the characters and write some simple (or detailed) notes about their age, hometown, education, parents, work history, life experiences and their ambitions. Obviously you don’t have to use these exact categories but you get the idea. When you do this, ideas will flourish and you might even get past a part of the script which has been bothering you for ages. This is exactly what I did and it worked.

Until next time folks! Stay tuned…

No, I’m not writing about my current need for a bite to eat. This is simply the first entry which serves the purpose of explaining what I’ll be doing on here and why you should read it.

As a writer and filmmaker I am constantly hungry to see how my heroes go about their process behind the scenes, what inspires them and what their views on contemporary works. It’s inspiring to hear from the people behind the films you love but very few filmmakers actually give a really good, in depth insight in to their world which is fair enough. There is a certain element of privacy in art and when the product is finished, it’s sometimes best just to let go.

Some filmmakers however, really give back to the fans and those keen to learn more. Peter Jackson, Edgar Wright and Ridley Scott among others all contribute extensive material to the kind of features you might find on the four disc special edition dvd/ blu ray box set.

Now I’m not in any way pretending to be at the same level as these masters of entertainment but I do think this blog could be a useful outlet not only for me for me as I vent my personal thoughts and processes (if I have a set pattern at all) but for anyone who is interested in doing the same thing.

You may think this is terribly self important and boring but every writer has a style, every person has their inspirations and dreams and while mine may be less or more important than those which you regard so highly, to me they are everything.

I hope to post every week and at the most, every other week. I hope you have fun reading and I’ll catch you all next time when I’ll discuss how ideas pop in to my head and form the basis for yet another script. I’ll be using examples of my current and past projects. I may even post earlier depending on how busy I am and if I find something worth writing about.